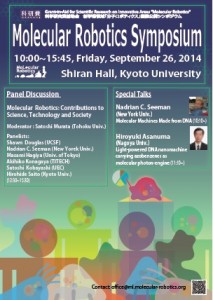 We build branched DNA species that can be joined using Watson-Crick base pairing to produce N-connected objects and lattices. A central goal of DNA nanotechnology is the self-assembly of periodic matter. We have constructed 2-dimensional DNA arrays with designed patterns from many different motifs. We have used DNA scaffolding to organize active DNA components. We have used pairs of 2-state devices to capture a variety of different DNA targets.
Recently, we have self-assembled a 3D crystalline array and have solved its crystal structure to 4 Å resolution, using unbiased crystallographic methods. We can use crystals with two molecules in the crystallographic repeat to control the color of the crystals.
Nanorobotics is a key area of application. We have made robust 2-state and 3-state sequence-dependent devices and bipedal walkers. We have constructed a molecular assembly line using a DNA origami layer and three 2-state devices, so that there are eight different states represented by their arrangements. We have demonstrated that all eight products can be built from this system. Our initial robotic work in 2D used a 2D DNA array to move an arm from one position to another. We are now doing strand displacement in 3D to change the color of crystals.
This research has been supported by the NIGMS, NSF, ARO, ONR, DOE and the Gordon and Betty Moore Foundation. 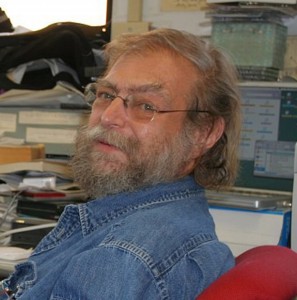 DNA has now been regarded as an excellent and ideal nanomaterial due to its supramolecular property of forming duplex. Various motional DNA-based nanomachines have been also developed as well as 2D- and 3D-nanoarchitectures. Most of the nanomachines require molecular fuels to drive them. However, repetitive operation of the machines in some cases accumulates waste in the solution, which gradually deteriorated the motional efficiency. Hence, we are facing “environmental problem” even in nano-world. One of the direct solutions against this problem is use of clean energy such as light. Since light does not contaminate the reaction system, DNA nanomachine that mounts photon-engine can overcome above drawback of molecular-fueled ones. In the present study, we demonstrate photoresponsive DNA which we have developed over the last decade. The basis of our method is installation of an azobenzene into a DNA sequence through a D-threoninol scaffold. Reversible hybridization of the DNA duplex, triggered by trans – cis isomerization of azobenzene in the DNA sequences by irradiation with light, induces mechanical motion of the DNA nanomachine. Moreover we have successfully developed azobenzene derivatives that improve its photoisomerizaition properties. Use of these derivatives and techniques have allowed us to design various DNA machines that demonstrate sophisticated motion in response to lights of different wavelengths without a drop in photoregulatory efficiency. 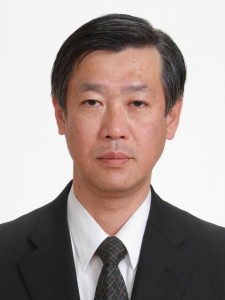