The programmability of DNA makes it an attractive material for constructing intricate nanoscale shapes. One method for creating these structures is DNA origami, in which a multiple-kilobase single-stranded ‘scaffold’ is folded into a custom nanoscale shape by interacting with hundreds of short oligonucleotide ‘staple’ strands. I will talk about our efforts to realize demand-meeting applications with this method, including our recent development of nanoscale devices to mimic cell‐signaling stimulation carried out by our own immune systems. 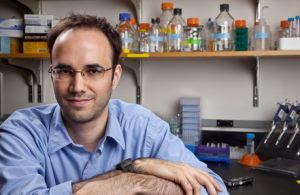 The University of Auckland

The Quest for Quantum Randomness

Computation can be dramatically enhanced by randomness, so random bits are in high demand. However, true randomness does not exist neither mathematically nor in nature. Randomness is unpredictability with respect to the intended theory and measurement, hence there are only degrees of randomness, in a non-ending increasing scale. Computer generated randomness—which sits at the bottom of the scale—has known pitfalls, so new forms of randomness are being intensively investigated.
We survey recent results regarding the quality of quantum randomness based on the notion of value indefinite observable. We show that the outcome of a measurement of such an observable is maximally unpredictable which implies that quantum randomness is highly incomputable.
Some consequences for quantum random number generation and hypercomputation are briefly discussed. Finally, we speculate about the possible role of quantum randomness in enhancing the efficiency of the energy transfer in photosynthesis. 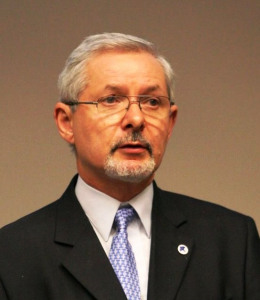 Direct observation of the movement of biomolecules including enzymes and DNAs should be one of the ultimate goals for investigating the detailed mechanical behavior of the molecules during the reactions. We designed various DNA nanostructures using DNA origami method for the preparation of single-molecule observation scaffolds. Using the designed DNA scaffold and high-speed atomic force microscopy (AFM), the single-molecule behaviors of the DNA modifying enzymes, repair enzymes, and recombinases were observed in the target double-stranded DNAs placed in the DNA frame structure. DNA structural changes including G-quadruplex formation and B-Z DNA conformational change were also visualized. Using this system, we observed the photo-induced DNA hybridization and dissociation by detecting the global structural changes of the incorporated two dsDNAs in the DNA frame structure. A pair of azobenzene-modified oligonucleotides (ODNs) was employed, which forms duplex in the trans-form and dissociates in the cis-form. During UV-irradiation, hybridized azobenzene-modified ODNs at the center dissociated, and the subsequent visible-light irradiation induced the hybridization of the photoresponsive ODNs, meaning that the reversed switching behavior such as the hybridization and dissociation was directly visualized at the single-molecule level. These photoresponsive ODNs were also used for controlling assembly and disassembly of the hexagonal DNA origami structures with photoirradiation. The combination of the designed DNA scaffold modified with target DNA strands and high-speed AFM is valuable for visualizing and analyzing the single enzymatic and chemical reactions. 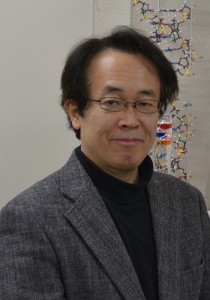 Self-assembling nucleic acids present compelling substrates for the rational interrogation and control of living systems. However, imperfect in silico models —even at the secondary structure level — hinder the design of new molecules that function properly when synthesized. Here, we present a potentially general approach to such empirical problems: the Massive Open Laboratory. The EteRNA project connects 37,000 enthusiasts to RNA design puzzles through an online interface. Uniquely, EteRNA participants not only manipulate simulated molecules but also control a remote experimental pipeline for high-throughput RNA synthesis and structure mapping. We show herein that the EteRNA community leveraged dozens of cycles of continuous wet laboratory feedback to learn strategies for solving in vitro RNA design problems on which automated methods fail. The top strategies —including several previously unrecognized negative design rules— were distilled by machine learning into an algorithm, EteRNABot. Over a rigorous 1-year testing phase, both the EteRNA community and EteRNABot significantly outperformed prior algorithms in a dozen RNA secondary structure design tests, including the creation of dendrimer-like structures and scaffolds for small molecule sensors. These results in nucleic acid design show that an online community can carry out large-scale experiments, hypothesis generation, and algorithm design to create practical advances in empirical science.

DNA programs execute when sets of interacting molecules follow specific folding pathways, i.e., sequences of secondary structures. Longer pathways imply longer and thus potentially more complex computations. This motivates the question: is it possible to design a single DNA strand, or set of interacting DNA strands, that follow a folding pathway whose length significantly exceeds the total length of the participating molecules? We’ll describe some progress on this problem and connections with the theory of reversible, energy-efficient computing. 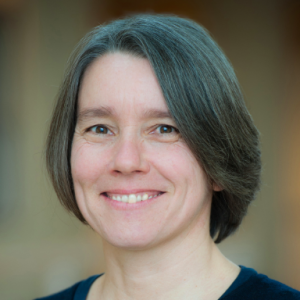 The University of Tokyo

From Non-Equilibrium Physics to Active Matter

Recent studies on non-equilibrium systems made considerable progress in understanding self-organization and roles of fluctuations from the view point of physics. One of the major challenges for non-equilibrium physics is to understand the physical principle of dynamical properties of living systems. A clue might be in the fact that many of biological functions seem to be founded by utilizing self-organizing principle out of spontaneous fluctuations. In this presentation, we will discuss on the role of fluctuations in biological processes and introduce efforts to create artificial active materials. In the recent our experiment, we showed that a small system subjected to thermal fluctuations can extract work from fluctuations by using feedback control of fluctuations. It demonstrated Maxwell’s demon in a quantitative manner. This idea can be generalized to understand an important aspect of fluctuations in molecular machines. The second example is self-propelling colloidal particles. I will present an experiment on artificial self-propelled systems made of assembly of Janus particles. When the interaction between particles are changed from repulsive to attractive, self-regenerating and flexible beating flagellar-like structure is formed. In these experiments, we are aiming at elucidating condensed states and collective behavior of the assembly of self-propelled elements, i.e. active matter, which include both artificial and biological systems. Roles of fluctuations and emergence of collective behavior in active matter will be discussed. 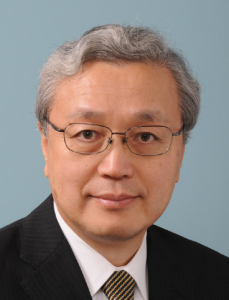